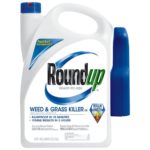 Are you a victim of Non-Hodgkin’s Lymphoma (NHL)? Do you know that it could be caused by genetics and or environmental factors? Has your NHL advanced due to an inaccurate diagnosis or misdiagnosis? Depending on the details surrounding your diagnosis, and lifestyle prior to the diagnosis you may be entitled to benefits and financial compensation according. Please contact our Delaware and Maryland injury attorneys handling Non-Hodgkin’s Lymphoma misdiagnosis claims and Roundup cancer mass tort claims.

Our Delaware & Maryland mass tort lawyers provide free case reviews those facing all types of injuries. In addition, they charge no fees if they do not win for you and your family. Serving the Wilmington, Newark, Middletown, Dover, Georgetown, Lewes, Milford, Seaford, Annapolis, Baltimore, Rockville, Waldorf, College Park, Bowie, Laurel, Towson, Bel Air and Elkton areas.

According to The American Cancer Society research shows that cancer starts when cells begin to grow out of control. Cells in nearly any part of the body can become cancer, and can spread to other areas. All cancers start and spread in different parts of the body, Non-Hodgkin lymphoma (also known as non-Hodgkin’s lymphoma, NHL, or sometimes just lymphoma) is a cancer that starts in white blood cells called lymphocytes, which are part of the body’s immune system and lymphatic system.

According to cancercenter.org there are several different stages of NHL. These stages are identified using the Roman numbers I through IV. The letters A, B, E and S to help describe the cancer:

A and B: The letter B indicates the presence of one or more of the following symptoms: drenching night sweats, fever or unexplained weight loss. The letter A is used if there is no evidence of B symptoms.

E and S: The letter E indicates the disease affects tissues or organs outside the lymphatic system. The letter S is used if the disease has spread to the spleen.

If the disease is considered “bulky” (greater than 10 cm in size), it is designated with an X.

The stages of non-Hodgkin lymphoma are:

Stage I (stage 1 non-Hodgkin lymphoma): The cancer is found in a single region or organ, usually one lymph node and the surrounding area.

Stage II (stage 2 non-Hodgkin lymphoma): The cancer is found in two or more lymph node regions on the same side of the diaphragm, either above or below it.

Stage III (stage 3 non-Hodgkin lymphoma): The cancer is found in lymph nodes on both sides of the diaphragm.

Stage IV (stage 4 non-Hodgkin lymphoma): The cancer has spread to one or more tissues or organs outside the lymph system, such as the liver, lungs or bones, and may be found in lymph nodes near or far away from those organs.