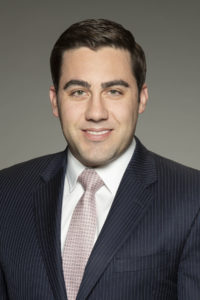 Jason is a Delaware trial lawyer who focuses in the area of personal Injury, medical malpractice and worker’s compensation.

Jason is a member of the Delaware State Bar Association, Delaware Trial Lawyers Association, and Randy J. Holland Delaware Workers’ Compensation Inn of Court. He received his Juris Doctorate from Florida Coastal School of Law in 2010 and received his B.S. from the University of Delaware in 2007. Jason is admitted to practice in Delaware and the U.S. District Court for the District of Delaware.

Jason began his career In Delaware at a regional defense law firm after completing a clerkship at the Delaware Department of Justice. Practicing at a defense firm for the first few years of his career taught Jason how insurance companies approach cases. Jason now represents only individuals and prides himself on taking an aggressive and personal approach to each client’s case.